If you have any interest in creating beautiful portraits of your own family, or for friends and relatives, or for side jobs as a photographer, a simple speedlight off camera flash setup works quite well and is the most inexpensive way to get started. If you’re interested in how to do this on the cheap, read on!

For best results move your flash unit off of the camera and mount it on a light stand. Next modify the harsh, small, direct light from your flash by bouncing it from an umbrella, a wall or ceiling effectively enlarging the size of the light source. So let’s review some of the gear you will need to achieve this …

You may have some of this gear already. If not, it is not a very expensive proposition to acquire used gear from ebay or to find off-brand merchandise for a fraction of what it would cost to get (even used) brand name gear. The Vivitar 285 HV was an extremely popular flash unit used by amateurs, semi-pro, and professional photographers in the 1970s through the ’80s (and beyond). There are still many available used and in good working condition.

I personally acquired four used Vivitar flash units in the past several months researching this topic, and paid less than $10 for each. In fact, the shipping cost was greater than the auction price, so each unit with shipping was about $20. My first one was purchased while I was in High School in 1977-78, and I paid close to $200 for it at that time. These are well-built units, and each of the used ones I recently acquired work just as well as my original. This is an inexpensive way to gear up if you want to experiment with portrait photography and learn about lighting set up.

Light stands are not expensive, but I would recommend to avoid the least expensive available. Having a reliable, sturdy support for your lights is important and decent stands will serve for a long time.

You may also wish to use a softbox. These are just a few dollars more yet deliver soft light very evenly distributed around your subject and that is most desirable in portraiture. This arrangement renders a much larger effective light source compared to a bare speedlight flash. In the image below (right) you can see how large the light source appears transformed from a subject’s perspective. It is this great enlargement of the effective size of the light that gives the soft gradation from light to shadow. I purchased a
Godox softbox kit for under $60 earlier this month. The kit included the bracket into which I’ve clamped my Nikon flash unit. Also included in the kit is a carry bag so that you can easily transport this equipment for on location work. The softbox itself is constructed with flexible spring-like wire that snaps into shape, and the rear wired frame just clamps to the perimeter of the circular bracket.

Here’s the softbox available at Amazon:

If you plan to shoot with your speedlights more than just occasionally, invest in used external battery packs. Alternatively just use the AA battery pack that comes with the flash, and replace them as necessary.

I turned to ebay and wound up purchasing four battery packs for my use. All were used and had dead batteries – but I was able to buy replacement batteries and I now have four working, rechargeable Quantum QB-1+ battery packs. Total cost for each battery pack with new batteries: $48. Current pricing from B&H for one new: $224.95 These Quantum battery packs are rechargeable, yet the batteries do not last forever. Replacing them requires a bit of soldering, and in another article of this series on flash photography I will include step-by-step instructions on how to refurbish a unit with dead batteries by replacing them with new ones.

Trigger your off-camera flash units with radio triggers. I had two Pocket Wizards that I purchased new some 10 or 15 years ago, and more recently found two additional used ones for $50. So now with four triggers I can fire lights on three separate light stands. Start with two – one mounted on your camera and another to fire a remote speedlight. A one-light setup can work quite nicely and if you feel like you need fill on the shadow side of your subject a simple reflector (such as a poster board) can solve that problem. Start simple and build from what you learn.

The key light is the main (and most prominent) light source in shooting portraits. Place this light at about 45 degrees (to the left or right as you wish) from the camera position toward the subject.

Notice that the key light is placed fairly close to the subject. This is important, especially when using speedlight flash units that are bounced from an umbrella or shot through a softbox. Take an incident light reading of the flash output with a handheld light meter to get a base exposure with the single light source. Adjust your preferred shutter speed, aperture, and ISO (if needed) for correct exposure.Take a test shot and observe the resulting image.

You should see a natural looking gradient of light intensity as you view from light to shadow side of the subject’s face. In addition, there should appear a slanted shadow line on your subject’s upper lip, falling from the nose to the corner of the mouth. You may need to adjust the height of your key light to achieve this. Notice this shadow line in my self-portrait below:

The purpose of a fill light is to “fill in” areas of shadow on a person’s face to bring out some detail. It is necessarily less powerful than the key light – we don’t want to blast too much light as to overcome the effect of the key light, just fill in the shadows to a degree. Another characteristic to aim for (derived from the key light) is a triangular patch of light beneath the eye on the shadow side of the face.

For female subjects, a softer fill light works best using another umbrella or a softbox as in the arrangement below:

As our portrait skills develop we can fine tune various aspects of a portrait with additional lights or by purposeful omission. For example, by adding a background light when using a seamless background or other textured background, another light that illuminates the background helps to separate the subject from the background.

Alternatively the omission of a background (as I attempted with my self-portrait) is done specifically with two lights, omitting the lighting of any background. As I described in my previous article about the dual exposure triangles in flash photography, the “chiaro scuro effect” takes advantage of aperture-controlled flash exposure for clarity of the subject (chiaro is the Italian word for clear) and high shutter speed to minimize any ambient light exposure (scuro is the Italian word for dark) to isolate the well-lit subject in subdued light.

There are lots of fun things to experiment with using inexpensive speedlight flash for artificial lighting. I hope this will encourage many of you to try this out. 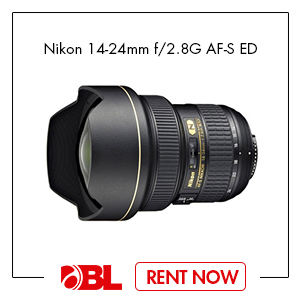 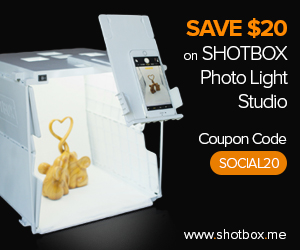